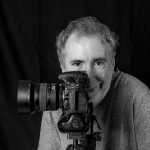 daDa images has  been the brain child of Graham Scott-Taylor, and is responsible for the photographic work. He has been involved with photography for nearly 25 years, initially as a graphic designer, then a photo editor, an Art Director and finally taking control behind the lens.

Our work has been published consistently in both print and the web, over the last decade.

Graham has also exhibited numerous times, and runs creative workshops for beginners to intermediates on technique and creative thinking in photography.

He is also a former member of the Professional Photographers of America.

Graham also has a professional  site dedicated to his Tourism work

In 2017 Graham teamed up with Paul Kay, FRPS, in a new venture to bring limited edition photographic prints to a wider audience.

These works are under a new banner called Galeri Hafod, our work is currently exhibited in a few locations in North Wales.